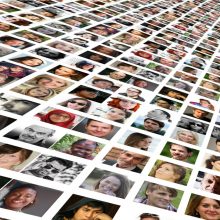 As more research reveals that genetics affect disease susceptibility and drug efficacy, researchers are looking for ways to get more minorities involved in drug and medical research.

June 15 (UPI) — Before pharmaceutical companies can put drugs on the market, the Food and Drug Administration requires years of stringent clinical research to see if they will be effective and safe in the general population.

But one thing often is lacking in those trials — participants from minority groups. With different genetic makeup, members of minority groups — including African-Americans and Hispanics — may react to drugs differently or need other types of treatment because of a greater risk for certain diseases and conditions.

The National Institute on Minority Health and Health Disparities reports that about 10 percent of the minority population participates in clinical studies. Researchers at the University of California, Davis found that, in cancer clinical trials, Hispanic and black patients have an even lower participation rate — just 1.3 percent.

Government agencies, medical centers, and nonprofits are growing more aware of the gap and striving for a more diverse makeup in research groups. They are addressing problems with a lack of access and knowledge about the studies, as well as a general distrust in healthcare institutions and expectation of side effects from experimental drugs.

Mariam Guzman, a type 1 diabetic born in Peru, has been keenly aware of it for some time.

She would search for studies about her condition but often find asterisks noting that the results only applied to people of European ancestry.

Guzman, who works at Northwestern University in Evanston, Ill., joined the advisory committee of All of Us, the National Institute of Health’s plan to sign up 1 million people 18 and older for a nationwide program to provide detailed health profiles as part of an effort to advance medical care.

She hopes the database will lead to a better understanding of diseases and cures.

For example, one class of drugs commonly used to treat hypertension, angiotensin-converting-enzyme, or ACE, inhibitors, was found by researchers to be associated with significantly worse health outcomes in black patients than in white patients in 2015.

Conversely, a study released earlier this month reported that black men with advanced prostate cancer treated with chemotherapy may live longer than white men. They had 19 percent lower risk of dying than white men in a study of 8,452 people — but just 6 percent of participants were black, even though African-American men have a greater risk of prostate cancer.

“This study adds to the growing body of evidence showing that black men with advanced prostate cancer who participate in clinical trials have the same, if not better, chances of survival as white men,” Dr. Robert Dreicer, of the American Society of Clinical Oncology, said at the time.

Differences in genetic makeup may lead to new drugs.

In March, researchers identified the genetic basis of heart failure in African-Americans, which may lead to more precise and effective treatment for the condition. The researchers found a gene called CACNB4 could contribute to causing idiopathic dilated cardiomyopathy in African-Americans — and the same gene has not been found in white patients with IDC.

In the survey, 662 black men and women were recruited from five U.S. academic medical centers. It was the first time black patients were specifically surveyed about heart disease although black patients are nearly twice as likely as whites to die from the preventable disease, as well as stroke.

Other studies have been conducted on heart disease genetics, but because they were conducted in Europe, African-American representation was minimal.

“We know there were what you call genetic substructure differences, so you don’t want to do only generalized studies that are performed only in, say, European Caucasians,” senior author and project director Dr. Stephen B. Liggett, a professor of internal medicine and vice dean for research at the University of South Florida Morsani College of Medicine, told UPI.

Linda Cottler, founding chair of the University of Florida’s department of epidemiology at the College of Public Health and Health Professions and the College of Medicine, is keenly aware of the underrepresentation.

“My whole career has really been devoted to giving underserved populations a voice in research,” Cottler told UPI. “The percentage often quoted is 2 percent of the population participates in research. Overwhelmingly, the white middle class participates. And other racial minorities — people with disabilities, disadvantaged, older people, pregnant women, in rural areas — are underrepresented.”

A lack of trust and other barriers

Cottler said the reasons for low participation are numerous.

“Some people may not be comfortable in a study because it has not been explained to them in a way they understand or given paperwork able to read,” Cottler said. “They may not be able to accommodate someone who speaks another language. Maybe there is no one on the staff they feel comfortable with.”

Other challenges include distance to a facility where the trial is being conducted, not having a phone, or no child care while they participate in the trial.

Dr. Matthew Lerner, a professor at Stony Brook University in New York, notes the uneasiness of his patients on the autism spectrum and caregivers in getting involved in trials or studies.

“Some of this has to do with genuine and reasonable skepticism of scientific research in many minority populations,” Lerner told UPI. “Many family members talk about visceral concerns and weariness in enrolling in studies. Our job as scientists is to earn the right to have anyone allowed into a project.”

Autism is spread across all demographics although it mainly is associated with males.

“The key thing is that autism is blind to race and socioeconomic national boundaries,” he said. “It affects everyone. The risk is similar.”

Although Guzman said she has been heavily involved in the healthcare system since age 14, when she was diagnosed with diabetes, she wasn’t aware of research participation until her late teens.

“Until I went to college, I received most care though community or private practices,” she said. “I was never approached for information to participate in any studies.”

When minorities learn the details of a study, they are more likely to participate.

Specifically, African-Americans were more likely to participate in studies than other racial and ethnic groups even if the studies involved giving blood or genetic samples, according to a study of 5,979 residents in five U.S. cities released in 2013.

“If we’re not getting the participation of diverse groups when we’re studying medications and interventions, then we don’t know how those treatments work in real life,” Cottler said in 2013 in reaction to the study, which she helped coordinate.

Three years after she came to the University of Florida in 2011, Cottler developed HealthStreet, which is designed to provide outreach in community settings for those underserved in Gainesville.

“Community health workers have to go out to the community and talk to the people about the importance of hearing about research,” Cottler said. “There are opportunities to participate and link up to a coordinator.

“We have to be able to help people to participate. It may mean going out to their house, picking them up and bringing them to the research opportunity and the appointment. Not all of them can get there on their own. A hospital might be intimidating. You have to go the extra mile and make it comfortable for them to participate.”

In March, Cottler conducted a survey of 7,809 members of HealthStreet, of which 65.8 percent were black and 34.2 percent were white.

The study also confirmed something already known — 57 percent of white respondents said they would be willing to participate in such a study, compared to 48 percent of black respondents.

In its All of Us project, the NIH is emphasizing the importance of minority representation to make the genetic database the largest and most diverse of its kind.

“It’s been essential for us — from the very start — to have diverse voices at the table, weighing in on the best ways to engage and retain diverse communities in this program,” Dr. Dara Richardson-Heron, chief engagement officer of the All of Us Research Program, said in a press release.

When the All of Us research program was in its early stages, Guzman volunteered to become part of the program. She was among more than 25,000 people who signed up as part of the yearlong beta to donate her blood and other samples and provide information.

“For myself and other people, it’s important to have a seat at the table,” said Guzman, who plans to go to medical school after receiving degrees in health policy. “Everyone’s voice needs to be heard. This is an opportunity to bring everyone in the fold.”

Before the All of Us project, the NIH attempted to increase participation among women in 2015 with the NIH Outreach Toolkit: How to Engage, Recruit, and Retain Women in Clinical Research.

Other organizations have teamed up to increase participation as well.

In 2013, the National Minority Quality Forum, Microsoft, and Pharmaceutical Research and Manufacturers of America partnered for a national education program to engage underrepresented populations and communicate the value of clinical trials. Eli Lilly and the National Center for Bioethics in Research and Health Care have also teamed up to increase African-American participation in clinical studies through research, education and community engagement.

The Food and Drug Administration declared 2016 “The Year of Diversity in Clinical Trials.” Its “snapshots” included demographic profiles of people participating in clinical trials for approved drugs.

In a fact sheet, the FDA wrote: “Participants in clinical trials should represent the patients that will use the medical products. This is often not the case — racial and ethnic minorities are underrepresented in clinical research. This is a concern because people of different ages, race, and ethnicities may react differently to medical products. We are committed to working with companies to change this.”

The National Cancer Institute Community Oncology Research Program is recruiting minorities to participate in clinical trials in their communities. The program, which is part of NIH, includes 12 facilities that are Minority/Underserved Community Sites.

“It really has changed the landscape,” she said. “I think that every single day I am busting the mystique of being inclusive. Making sure everyone has a voice. It’s not perfect but we really are working on being bidirectional. We need to listen to all people.”